This post is going to be a general background article on unique_ptr and how/why you should use it (if you are not already). In my current line of work I still deal with a large C++03 codebase, but with efforts ongoing to pull C++11 into the application I have spent a great deal of time thinking about how we can make the most out of C++11. One of the biggest wins is smart pointers and manual memory management, which are usable in C++03 with boost, but are so much more powerful in C++11 thanks to move semantics. I will focus on unique_ptr in this post as a start, but that doesn’t mean you shouldn’t also use the other smart pointer types included in C++11, shared_ptr and weak_ptr, when appropriate.

Anatomy Of A unique_ptr

The unique_ptr introduced with C++11 (based on boost::scoped_ptr) is conceptually very simple. It wraps a raw pointer to a heap-allocated object with RAII semantics, destroying the associated object with the unique_ptr (i.e. at the end of whatever scope it is declared in). Because object destruction is triggered by RAII, there is no runtime or memory overhead for unique_ptr compared to a raw pointer. There are 3 ways to bind an object instance to a unique_ptr:

Using smart pointers is semantically the same as with raw pointers. The * and -> operators have both been overloaded to provide familiar mechanics for accessing the underlying object:

In fact modern smart pointers in C++ go one further by defining an implicit bool conversion; so the == nullptr, == 0, == NULL, or whatever null-pointer constant your organization has chosen, can be excluded.

With C++11 and unique_ptr this becomes:

Or better yet, using make_unique from C++14:

This concept can be extended with class scopes to yield a wider range of object lifetimes we can express using unique_ptr. For example, the traditional PIMPL pattern (simplified for this example):

With modern C++ this can be refactored to:

Note we don’t even need to define a destructor anymore, because our impl object is automatically destroyed when the Outer object is destroyed.

Why Smart Pointers Instead Of Manual Memory Management?

When manual memory management is done correctly it does indeed work, but it becomes more brittle over time as code is refactored and extended. As a simplified example, say we had some code like this hiding somewhere in our application:

Then, while adding a new feature, someone modifies the code so there are multiple places where a pointer is initialized with an instance of different types (using runtime polymorphism). In reality a mistake like this is much less obvious than in this example. This example intentionally shows very poor design to make the flaw more obvious.

Whoops, we may have just caused a memory leak: if both conditions are true the first object assigned to instance is never deleted. We could fix this up by calling delete to dispose of the first object before we create the second if the instance pointer is not zero.

This sort of breakage can be very common when modifying code that uses traditional manual memory management techniques comprised of delete calls scattered throughout code. This error could have just as well been a double free due to over-application of delete. It could have also been a use after free error where the pointer is not reset to nullptr after deletion, and our program continues to use it unaware until suddenly Cthulhu starts wreaking havoc on our application. The more resilient modern technique to eliminate all of these simple errors is to apply smart pointers in these scenarios instead wherever possible. For example, if we rewrite the above original example using unique_ptr:

With the same naive refactoring applied this would become:

And it Just Works™. No pitfalls to be seen here; the API of smart pointers does not allow an already held pointer to be overwritten without first triggering a release of the object associated with that pointer. It’s extremely difficult to screw up the usage of unique_ptr in these types of scenarios.

So with the advent of smart pointers in modern C++ are we supposed to completely throw away raw pointers and references? Of course not!

The lifetimes in this example could be represented by the following Venn diagram: 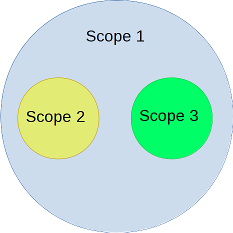 Whereas if we got the lifetimes wrong and did something like this:

The associated Venn diagram of the lifetimes would look more like this: 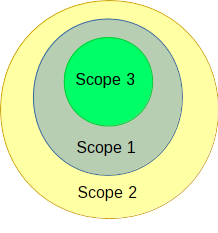 This would result in a use-after-free error when we try to access ptrA after the end of Scope 1, and possibly an application crash.

Smart Pointers For A Better Tomorrow

There are a multitude of safety and maintainability advantages when using smart pointers instead of traditional manual memory management with direct calls to delete. Using smart pointers won’t provide any immediate gratification over working delete code, but in the long term they make code much more resilient in the face of maintenance, refactoring and extension.

With the addition of shared_ptr, weak_ptr and move semantics from C++11 there should be few real scenarios which still require manual delete calls. Hopefully as C++ continues to develop and advance this will be ever more true. delete is still useful to have in your C++ development toolbox, but it should be a tool of last resort.

Stay tuned for a follow-up post on shared_ptr and weak_ptr.

Update:
[1] Thanks to /u/immutablestate on reddit for pointing out that assignment operations can also trigger an early release of an object held by a unique_ptr.